Maria Lidia Meza Castro, 40 (right) sits wearing a stars and stripes hat in front of her new house in suburban, D.C. on March 7, 2019.

For the past four months Castro and her children have been living in a house in the suburbs of Washington, D.C. while her attorneys are gathering all the documentation necessary for her asylum plea after she was granted entrance in the U.S. on December 18, 2019 at the Otay Mesa port of entry with the help of non profit Families Belong Together, Democratic congressman Jimmy Gonzalez and Congresswoman Nanette D. Barragán. 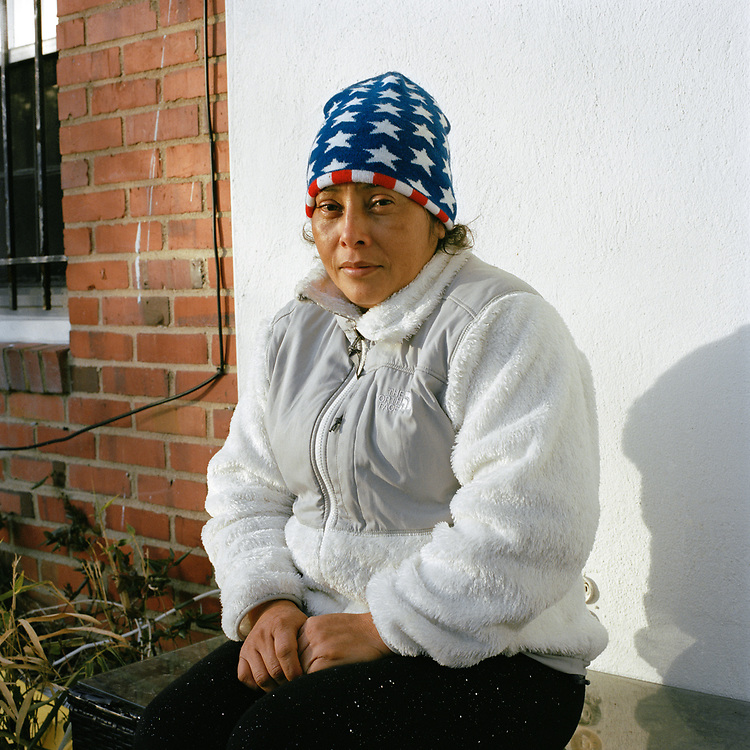