Victor Alejandro Mejia Meza, 15 sits in a chair in the right light to play with his cell phone (not seen in this image) after returning home from school on March 7, 2019 in suburban D.C.

For the past four months, Mejia Meza, his mother, Maria Lidia Meza Castro, 40 (not in the picture) and his four other siblings have been living in a house in the suburbs of Washington, D.C. while his mother's attorneys are gathering all the documentation necessary for their family's asylum plea after they were granted entrance in the U.S. on December 18, 2019 at the Otay Mesa port of entry with the help of non profit Families Belong Together, Democratic congressman Jimmy Gonzalez and Congresswoman Nanette D. Barragán.

Mejia Meza was not going to school when he was living in Honduras, but he was instead working regularly. Since he has started going to school in the U.S., he has been struggling to keep attendance up making his mother furious.

“He does not want to go to school; God gave us this opportunity that not everyone gets and he does not want to take advantage of it," said Castro on the phone with her eldest son Jayro back in Honduras. “He also colored his hair yellow. I don’t understand why this color?” 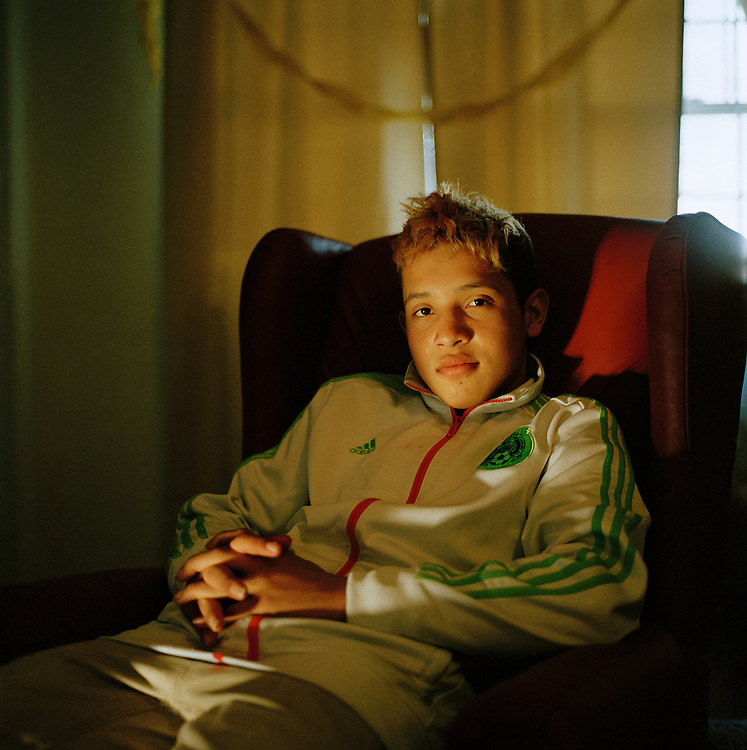